As a lover of mystery novels, I enjoyed reading Foreboding by Debra Erikz, our headliner this weekend, so much. I’m sure you will too. It’s a Crime Thriller set within the confines of a popular Nigerian university, and the writer sure did her homework with this one. Believable, easy-to-read, yet hard biting, this is one novel I’m certain you need to read, especially if you’re a lover of the genre.

Just when she thought life on campus in UNIBEN couldn’t get any worse, Omo is faced with yet another issue – a serial killer is on the loose and is after her! READ MORE. 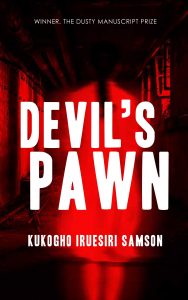 When the Black Cats join their capone to “punish” a fellow student, they have no idea the terror they are about to unleash.
When Simon, a student at Buscan University, awakens from a dream covered in blood, he has no idea he has become a puppet in the hands of a vengeful spirit.
When the police are called to investigate heinous murders on a university campus, they have no idea they are up against something more sinister than their eyes can see.
Different worlds collide in this chilling novel that blurs the lines between justice and revenge. READ MORE.

The Orchid Protocol by Onochie Onyekwena 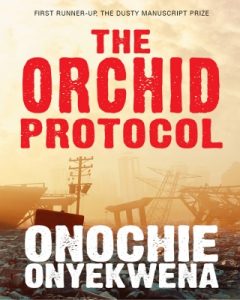 DCT agent Patrick Emenalo returns to work on the same day there is a bombing at a popular fast food joint in Lagos. Dark Cell, a terrorist group, claims responsibility and demands the release of Red Baron, arms smuggler and crime boss.
Patrick, caught in a game whose rules are set by shadowy crime syndicate, The Orchid, must race against time to stop the terrorists before they strike again.
Face-paced and seamlessly written, Onyekwena’s debut takes bold steps into the widely uncharted world of organised crime in Lagos. READ MORE.