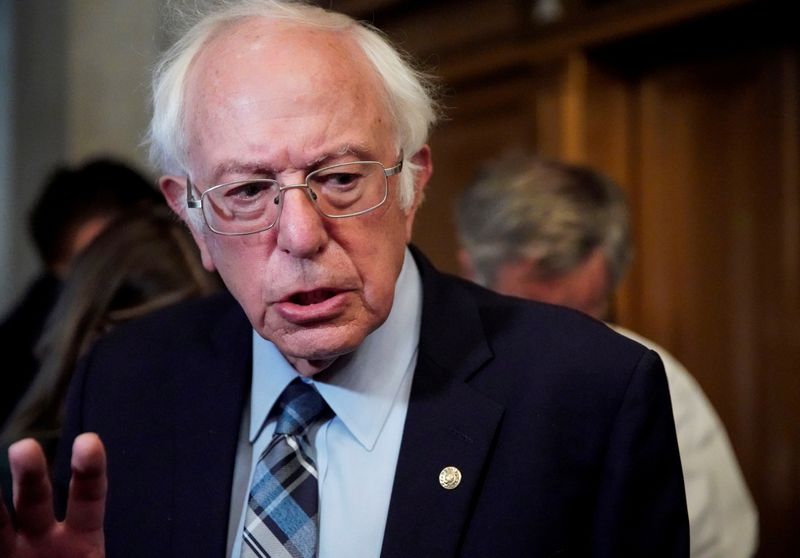 (Reuters) – Progressive (NYSE:) U.S. Senator Bernie Sanders said on Sunday that he was still working on getting a provision to lower prescription drug prices into the social spending bill pending in the U.S. Congress before a vote by the House of Representatives.

President Joe Biden was dealt a setback on Thursday as the House abandoned plans for a vote on an infrastructure bill before his departure to Europe for an international summit with other world leaders, with progressive Democrats seeking more time to consider his call for a separate $1.75 trillion plan to address climate measures, preschool and other social initiatives.

A proposal that would allow the U.S. government’s Medicare health plan for seniors to negotiate prescription drug prices to make them cheaper was not included in the social spending bill.

“I spent all of yesterday on the telephone… We are continuing that effort (to include the prescription drug price provision in the bill)”, Sanders told CNN in an interview on Sunday.

“It is outrageous that we continue to pay the highest prices in the world for prescription drugs,” added Sanders, who has championed that cause for years.

Biden had sought to unite his fellow Democrats behind the climate and social spending plan with personal appeals on Thursday, and had pressed for a Thursday vote on the $1 trillion infrastructure bill, another main plank of his domestic agenda.

He hoped a framework on the larger measure would convince progressive House Democrats to support the infrastructure bill, but their insistence that the two move together led House leaders to abandon a planned vote.

The plan also did not include paid family leave or a tax on billionaires with some constituencies angered by the absence of key Biden administration pledges from the bill.

The absence of paid family leave, Democrats noted, left the United States as the only rich country and one of the few nations in the world that does not pay women during maternity leave.